In April 2005, at the EAIVT Congress in Prague, Marco Belfanti became President of EAIVT by a unanimous vote.

Along with Marco Belfanti, the EAIVT Board consisted of Lars Walther (Vice President) and Bruno Pollet (Treasurer). Harry Sanne, who had worked for EAIVT before, was appointed the Association’s Managing Director.

One of the first actions of the new presidency was to open EAIVT membership to independent dealers EU-wide. Later this was extended to non-European companies of the independent sector.

In his first period of office, Marco Belfanti among other things created the ForumFuture, a ThinkTank consisting of major free-market players who contributed to the Association’s topical orientation. The AGM was detached from the Annual Dealer Congress and moved to Geneva where it has since taken place every year on the first Friday of the Geneva Autoshow.

A major innovation during Marco Belfanti’s second period of office was the creation of the Integrated Contact Fair (ICF), a meeting concept giving EAIVT Congress participants enhanced networking possibilities. Other notable developments were the passing of new statutes for the association which reflect the needs of transparent and efficient stewardship in a growing organization and the enlisting of EAIVT on DG Enterprise’s regular stakeholder meetings. 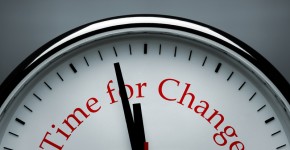 Scroll to top
We are not collecting any personal data with our cookies, outside of your anonymized IP address, while you are visiting our website. Only after your explicit consent do we also save personal data. In order to deactivate the usage of cookies altogether, you need to adjust your browser, so cookies are only created or refused by your consent. Privacy policy
I Accept
X